I often say that unearthing anything is both challenging and not for the faint of heart. Nevertheless, it is necessary and it is very significant to us and for us. As a society, each of us must acknowledge, honor, and celebrate our historical narrative. We at the Greene County African American Museum, Inc. operates on this premise. On September 3, 1868, thirty-three Georgia elected officials were, in effect, “Expelled Because of Color.”

Over 150 years ago this horrific act occurred under the gold dome of the Georgia State Capitol. This focuses on the Georgia House Resolution 153, “Whereas the House of Representatives of Georgia has recently decided after investigation of the subject and examination of the Constitution and laws of the State, that the persons of color are ineligible as members of the House, and thereby virtually declaring the ineligibility of persons of color to any and all offices of the state.” Thirty-three African Americans and their families were never the same again. Their lives were upended in many ways and never did receive justice– let alone an apology from the state of Georgia. Nor were any of the perpetrators of this unjust act–all of them were never held accountable for their deed.

We feel that it is imperative to remember and honor these thirty-three African American men whose hopes, dreams, and lives were shattered on September 3,1868. Before and following their expulsion, they lived in fear of being killed by vigilantes in their own communities; some were beaten, killed, and others were forced to move away. Still others were actually prosecuted on bogus charges and sentenced to prison and the chain gang. The Greene County African American Museum, Inc. (Greensboro, GA) is researching and collecting information on each of these thirty-three men. We are honoring, celebrating and speaking their names on Saturday, September 3, 2022 at 3:00 P.M., at Festival Hall in downtown Greensboro. We are planning a dinner, and a program. Tickets are going on sale the second week in August. We only have space for 250 persons. This program is only about these thirty-three men from these thirty-three Georgia Counties.

A great appreciation to the City of Greensboro and Greene County Board of Commissioners for signing off on a Proclamation for Representative Abraham Colby, Greene County’s First African American in 1868. Making Saturday, September 3, 2022 Representative Colby’s Official Day! There will also be an exhibit installed at the GCAAM from September 1- December 31, 2022. This will be opened to the public. This is being sponsored by Georgia Humanities. For this, we are Greatful!

Thanks again to Mayor Cory Williams, Council of the City of Greensboro, Greene County Board of Commissioners Chairman Gary Usry, and the Board for their kindness and support. 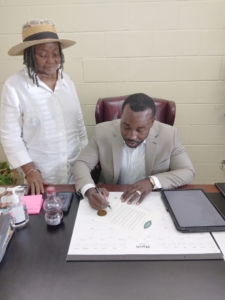 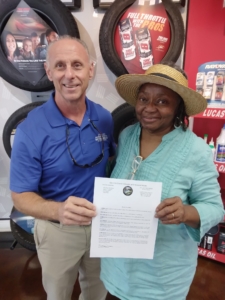